Here are more photos from our lives: 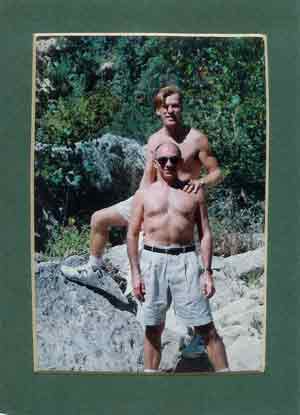 Walking along Barton Creek in Austin in the mid-90s

And here's our house in Austin where we lived while we ran Liberty Books in the late 1980s to mid-90s.

We transformed the house over 7 years from a dumpy little farmhouse to a Victorian painted lady.
And with it, the whole street was also transformed. The Old West Austin Neighborhood is now almost all beautifully painted and renovated. The house we lived in is now painted black and white -- very handsome!

The beautiful house in Wimberley where we operated Casa Peregrino 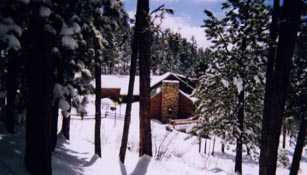 
FINDING YOUR OWN TRUE MYTH: What I Learned from Joseph Campbell: The Myth of the Great Secret III tells the story of Johnson's learning the real nature of religion and myth and discovering the spiritual qualities of gay male consciousness.