Back to Toby Johnson's main page 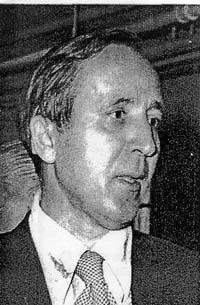 known to his students affectionately as Bro. Mac, taught at Central Catholic High School in San Antonio. He was a brilliant teacher, especially for the class of ’63. I was in that class. Bro. McMurtrey was a major influence on me.

His passing at age 87 in the fall of 2007 has reminded me--and other members of the class--just how important he was for us.

Our class had him as a primary teacher for three years--something unusual in high school. From the start of our sophomore year in 1960 through our graduation in 1963, he was a driving force in our lives.

And we in his.

In 1960, he was 39 years old. During his years of teaching he had developed a theory of pedagogy and a model for how to teach high school English. He called his plan: A Course in Expository Writing. The approach was simple: writing was the central task to be learned in English class; all the other elements--like grammar, history of literature, required reading, a Shakespeare play a year, a Dickens novel, American poetry, etc.--were studied as content for writing. And that writing was a collective experience: we wrote our essays and then showed them to each other in small groups and critiqued and edited each other's work. We learned not only to be writers, but to be editors. And, even more important I've learned over a lifetime now of "being a writer," to accept criticism and editorial advice gladly and non-defensively.

We came under McMurtrey's influence at a time when he and his model for teaching were being put to the test by Marianist Provincial authorities (who were deciding whether to adopt his model for their other Catholic schools). It really mattered in the course of his life that he succeeded with us. He was also beginning to teach the method to other teachers. One summer a subset of our class acted as "specimens" for demonstrations in his class at St. Mary's University for teachers of English. 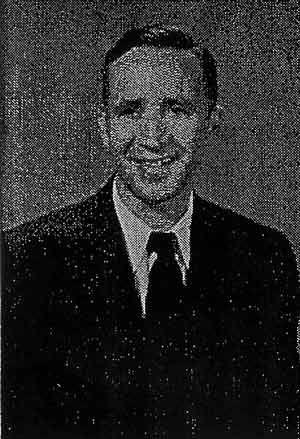 our senior year. That was going to be one of the markers for the success of his method. (I'm proud to report that along with classmates John Loughlin and Ted Weiss, I was one of the National Merit Scholars from Central in 1963.)

So our personal success got tied up with Bro. Mac's success.

It was an intense period for him. He was brilliant and crazed and manic. Sometimes he was depressed and morose--in those days his bad periods were explained as "pneumonia." We used to go visit him in the hospital. (A few years later he was included in an early study of lithium as a treatment for those kinds of mood swings and was successfully "cured.") I'm glad we had him during his brilliant period, though, looking back, I realize those must have been difficult times for him--being put to the test like that.

One of the things McMurtrey taught us was to understand and value "allusions" in literature, i.e., implied or indirect references and hints, especially to collective stories and myths. We learned to see, for instance, that when Shakespeare wrote in Sonnet 73:

When yellow leaves, or none, or few, do hang
Upon those boughs which shake against the cold,
Bare ruin'd choirs, where late the sweet birds sang.


"The sweet birds" was a reference--an allusion--to the monks who sang Office of Choir before the persecution of Catholicism in English under Henry VIII. You don't have to understand the allusion to get the meaning of the image, but if you do, the image is richer and more profound.

He used that particular verse, as well, to impress upon us the importance of parallel structure in sentence composition AND the power of intentionally violating it. By the rules, the first line should be yellow leaves, a few, or none--since that's the logical order in which leaves fall from trees. By breaking the expected sequence, the "or few" takes on more power and a better, more poignant representation of aging.

Thus from Bro. Mac we learned to look for hidden meanings and secret hints. (Readers of my books will recognize this as a major theme in my writing and in my worldview.)

I've come to see that the vision of religious meaning and the "power of myth" I learned from Joseph Campbell a few later was well prepared for by Bro. McMurtrey's teaching us the value, meaning and power of "allusion."

Out of the class of 1963, the most successful writer has been Whitley Strieber. Whitley used to play pranks on Bro. Mac (like "The Anthropology" which was a spoof of the collection of our best essays and poems which Mac produced eash year called "The Anthology"; The Anthropology was brilliant, satirical, and funny, and I suspect he was proud of the three or four students who produced it, including Whitley, but had to be officially offended and disapproving). The pranks certainly added to Mac's psychological burden in those days, but Whitley was also one of his  favorite and best students. Whitley now has some 43 books out. His notion of climate change was the basis for the movie The Day After Tomorrow which has certainly played into America's acceptance of global climate change as a threat. His book Warday back in the early ’70s helped change American defense policy away from the notion that nuclear war could somehow be survivable. Whitley has truly helped save the world.

I am another writer from that class and have produced some 10 books and been an activist in the development of gay genre literature (as a writer, bookseller, editor, assistant publisher) and of the gay spirituality movement. I think I've changed the world a little myself. (I am proud to have learned from the Brother who took care of Mac during his last few years, when he was something of an invalid, that after his death, two of my books —the original versions of The Myth of the Great Secret and of Secret Matter— were found under his bed. How gratifying to know that he held my publishing career somehow dear!)

Yet another from our class to publish was John O'Neill (who wrote about his experiences during the Vietnam era in an attack on the John Kerry for President Campaign in 2004). John changed the world too (though, I fear, not for the better: George W. Bush reclaimed the White House for a second disastrous term.)

I wonder how many other of Mac's students have published books.

If you, Dear Reader, found this page, you might be one of them. Please let me know. I'd like to start up a list here of Mac's successful writers. (Send email to tobyjohnso@aol.com)

Of course, Bro Mac himself was a successful writer. His titles include: Loose to the Wilds, a collection of short stories; Marianist Martyr: Blessed Jakob Gapp, S.M.; Mariachi Bishop: The Life Story of Patrick Flores; A History: Central Catholic High School. He edited a Catholic high school edition of Gertrud von le Fort's The Song at the Scaffold.

In 1998, Patrick Cunningham, CCHS Principal for years, edited The Collected Works of Martin McMurtrey, titled Out of River's Mist. 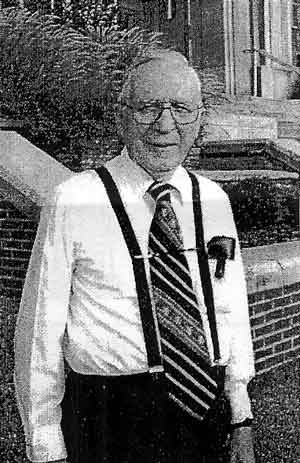 Bro. Martin Aloysius McMurtrey, S.M. died Friday, November 9, 2007, in his 87th year of life and 69th of his religious profession.

He was born in East St. Louis, Illinois, on April 16, 1921, to Martin and Alice Coerver McMurtrey, one of four children.

He attended St. Philip's School taught by the Sisters of Notre Dame who influenced him to be a teacher.  He next attended Central Catholic High School in East St. Louis, where he was inspired to join the Society of Mary.  He entered the Postulate at Maryhurst on July 21, 1937 (after his junior year of high school).

After a novitiate and first vows in 1939, he spent the first year of the Scholasticate at Maryhurst.  He earned a Bachelor of Arts degree in English with a minor in Mathematics from the University of Dayton in 1942, and a Master's of Education from St. Louis University in 1949.

His first teaching assignment  was at St. Michael's High School in Chicago for two years.

He made perpetual vows on August 15, 1943, at Galesville, Wisconsin.

From 1945-49, he taught at Cathedral High School in Belleville, Illinois.

In 1951, he was assigned to Central Catholic High School in San Antonio, Texas, where for 49 years he taught English, Engineering Drafting, and coached football.  From 1961 to 1994, he taught Creative Writing complete with a Student Anthology.  He was proud that several best-selling authors emerged from that class.  He also founded the Guardian Angels at Central Catholic, an organization that channeled student collections of food, toys and clothing to underprivileged persons throughout the city.

He retired from Central Catholic High School in San Antonio in 2000, but his legacy continues...not only in the 6,000 students he influenced during those 49 years, but also in the students who have benefited from the scholarship fund created in Bro. McMurtrey's name in 1975.

In 2000, over 250 former students gathered to honor Bro. McMurtrey.  During the program, called "The Last English Class," he was presented several honors including an official certificate of appreciation from the City of San Antonio, the Hidalgo de San Antonio de Bejar award from the Commissioners Court of Bexar County, and an official resolution from the State of Texas.

Throughout his retirement, building his scholarship became his Number One priority.  he would often be seen picking up pecans and recycling aluminum cans to be sold, with the proceeds designated for his scholarship fund.

Since 1975, the McMurtrey Scholarship Fund has granted more than $1 million in scholarships and served over 3,000 needy students wanting to attend a Catholic school.

Bro. McMurtrey was the author of 12 books (either solely or together with Bro. Herbert Janson, S.M.) including The Mariachi Bishop, a biography of retired Archbishop Patrick F. Flores, and a novel based upon his Illinois youth call Loose to the Wilds.


FINDING YOUR OWN TRUE MYTH: What I Learned from Joseph Campbell: The Myth of the Great Secret III tells the story of Johnson's learning the real nature of religion and myth and discovering the spiritual qualities of gay male consciousness.